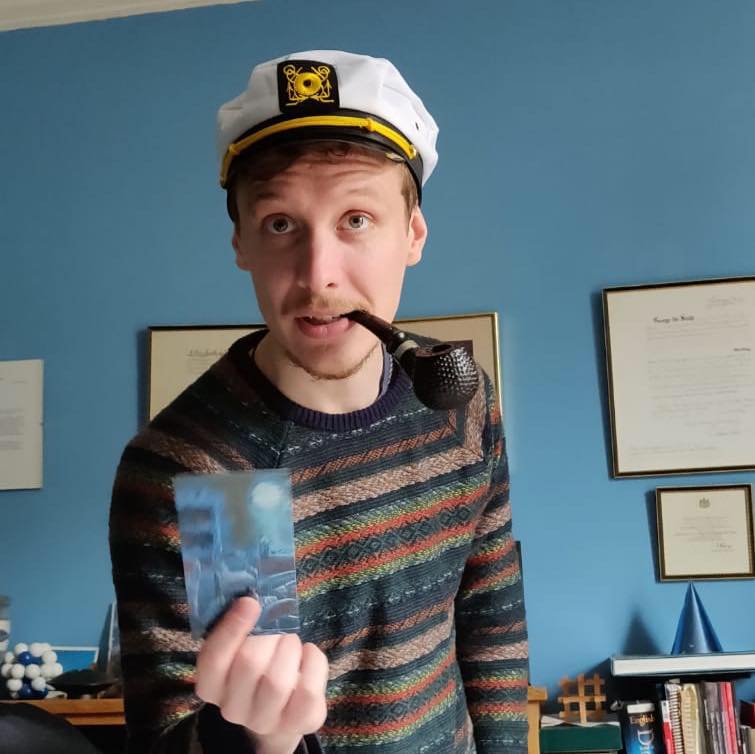 How long have you been at ISH?

What does your job involve? Take us through from when you arrive until you leave at the end of the day.

Working in Events means there really isn’t a typical day. I could come in at 5 am to lead a Travel Club trip to the airport or 3 pm to set up for a late-night party. That’s one of the greatest parts of the job, no two days are ever alike!

What do you love most about your job?

Being on my feet, actively up and doing things with fascinating people from all over the world.

What do you get up to outside of work?

I’m a qualified football coach – on Thursdays and Sundays, I train my U18 boys down in Twickenham. I also play a lot of football, if I can find the time I’ll play at least two matches a week (on good weeks up to five matches). I also represent England in 3-sided football, and am organizing the World Cup next year in London!

The most challenging aspect of your job?

It can be hard to maintain a healthy and rounded lifestyle with a job that varies so much in its hours and working style. ISH is a really special place with a huge amount of character and energy, but it does mean that energy can spill over into your personal life. It’s really important to try and define yourself outside of the job and find space for yourself.

What advice would you give to someone moving to London and ISH for the first time?

London is huge and incredibly varied. If you treat living in London like any other place you’ll end up thinking that everywhere else in the city is just like the 2 miles around your flat. Go and explore. Find activities in North, South, East and West London and after you start getting the hang of the city go and explore the rest of England, it’s a beautiful and fascinating country. Also, if you see nothing else around the UK before you have to leave, visit Edinburgh, you won’t regret it!

Most memorable/proudest moment here at ISH?

Restarting ISH FC. The first time the team lined up for kick-off in our full ISH kits was really exciting.

Who would you like to be stranded on a deserted island with?

Is it boring to say, my partner? I reckon I could take on pretty much anything if Jude is there, we’d have that island set up with power, water, entertainment, food in a few days. We’d never leave!

What is your favorite childhood memory?

Sorry, it’s football again. Every day the moment school ended my friend Patrick and I would run out to the grass and play football until it got dark. I would come home late, my uniform covered in mud, with no homework done, but a massive grin on my face.

The vast majority of the events I’ve attended I’ve also helped organize, and I’ve loved loads of them – it’s going to sound super arrogant if I list off a bunch of things that I also did! I always enjoy the cultural events that the students have organized themselves, the Nepalese Deepavali festival a couple of years back springs to mind, the food, the dancing, and the outfits were wonderful.

Favorite thing to do in London?

Oh, pubs! London has an array of amazing historic pubs with great histories of their own. I recommend ‘Ye Olde Cheshire Cheese’ and ‘The Prospect of Whitby’, both centuries-old with amazing stories behind them.