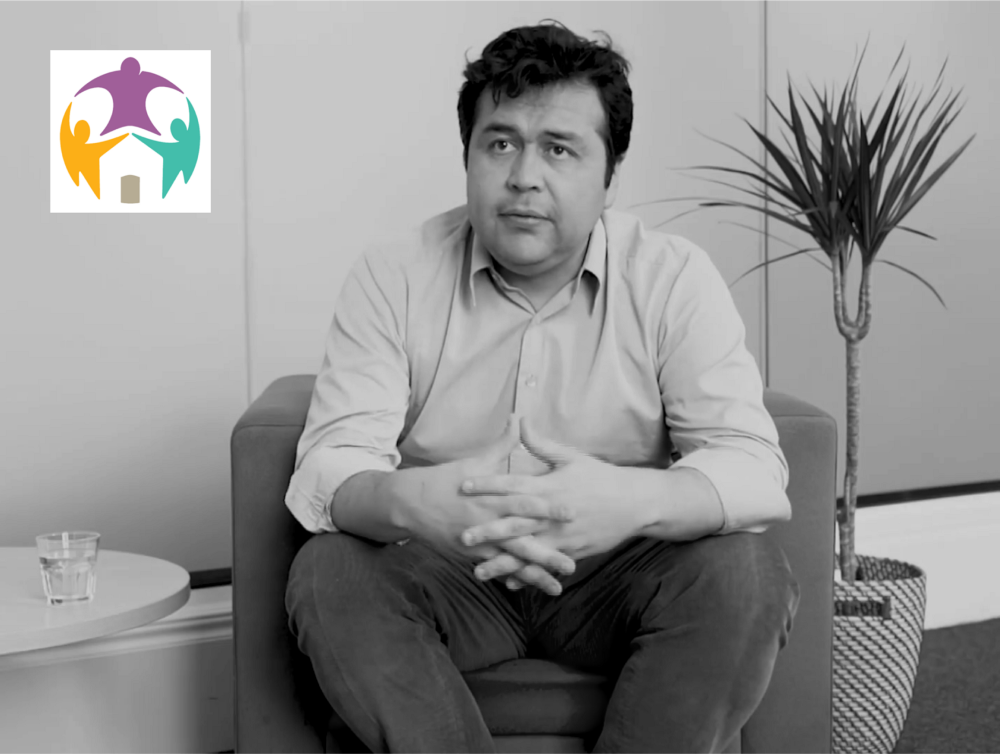 — ISH: Hello — can you please introduce yourself?

GM: My name is Gonzalo Maza, I’m a screenwriter. I started my studies here in London at the London Film School as a Master in Screenwriting in 2016, and I came to live at International Students House in the same year. I wrote a film called ‘A Fantastic Woman’ before I came here, and when I started in London it began to be released all around the world. The film was very well received — it won an award at the Berlin Film Festival for Best Screenwriting and was nominated for the Golden Globes and Academy Awards. More recently, it won the Academy Award for Best Foreign Film a few weeks ago.

— ISH: What is it like living in International Students House?

— ISH: Tell us more about screenwriting…

GM: At the moment, I’m still a student here in London doing a PhD in Film based at the University of Exeter but researching screenwriting London. Screenwriting is a very complex matter that, in a way, is taken very lightly in the industry and screenwriting studies are important now to make people aware of its complexity.

— ISH: Tell us more about ‘A Fantastic Woman’

GM: ‘A Fantastic Woman’ is film about a transgender character called Marina. The film begins when her lover dies. He’s an older man, she’s 27 and he’s 50. When he dies, Marina has to tell the family about his death, but the family turns against her. She has to deal with microaggressions and the problems others had about her being with him, so in a way Marina has to show everyone that she’s a normal person like anybody else. Living in this world in 2018 and to be forced to show the world that you’re just a normal person seemed strange. We based the film in that.

— ISH: You didn’t sensationalise ‘trans’, but made it just one aspect of the film…

We knew so little about ‘transgender’ when we began, so we did a lot of research, we learned a lot; we felt ashamed of ourselves for not knowing more, for example not knowing that globally the life expectancy of a transgender person is 35 — maybe because their lover killed them. It’s a very rough life. At that point we definitely wanted to make the character transgender. The film isn’t just about being transgender, there’s a story that comes before. Marina lives in the story like any other human character.

— ISH: How did you find Daniela Vega, who plays Marina?

GM: When we were doing research for the film we started interviewing transgender people. We got to know Daniela — she was an actress doing theatre but she’d done a film before. Not only were we fascinated by her and her charisma, but she was our introduction to issues facing transgender people. She was open to answering all our questions.

Later, the director Sebastián Lelio — who also wrote the film with me — was thinking maybe she might be the right actor for the role. It took a while but at the end we made the decision and I think it was the right one. She’s such a character in her own way — she really has a political position within the film, she was very open and aware to realising the importance of the subject.

— ISH: Did you try to make the film a deliberate statement?

GM: It definitely wasn’t our intention to make a ‘statement film’. However, when you make a film you have your intentions but reality can take a different course, and this was the case. People really embraced the film in a way that we weren’t expecting at all. We definitely wanted audiences to understand more about transgender people, but we weren’t prepared for the impact ‘A Fantastic Woman’ had in so many countries and how many discussions we started.

— ISH: How important is it to you that we continue these discussions? Is the film as much politics as art?

GM: Yes. Every artistic film is a political film. Every time you write your story it’s about something, and the reason you write about it is because you think it’s important. We were rally aware that we live in a world full of injustice and this is one tiny story about one person’s injustice. You can definitely understand ‘A Fantastic Woman’ without being transgender. In our daily lives we all feel injustices and aggressions that aren’t necessarily related to our sexual identity — think of our skin, social class, education, country, religion… I think lots of people can relate to the film in a political way without being transgender themselves, and that was our main goal — that a huge amount of people connected with what Marina was feeling rather than what Marina is.

— ISH: What barriers to entry can you see in film, and what are your thoughts on improving opportunity?

GM: Diversity is a big issue in the film industry now. Films are mostly made by men, of a certain age and skin colour, and it’s a problem. At the same time, there are other efforts in the industry to change that. I feel that especially here in the UK it’s working — as a foreign screenwriter I can make a career here, I feel welcome. If you work hard enough you can get a chance to make what you want to. But at the same time, there is a level that becomes hard to reach for us.

Click here to see the video interview in full, here for ISH’s range of family living options or here for the ISH website.

The Thirsty Scholar is BACK!