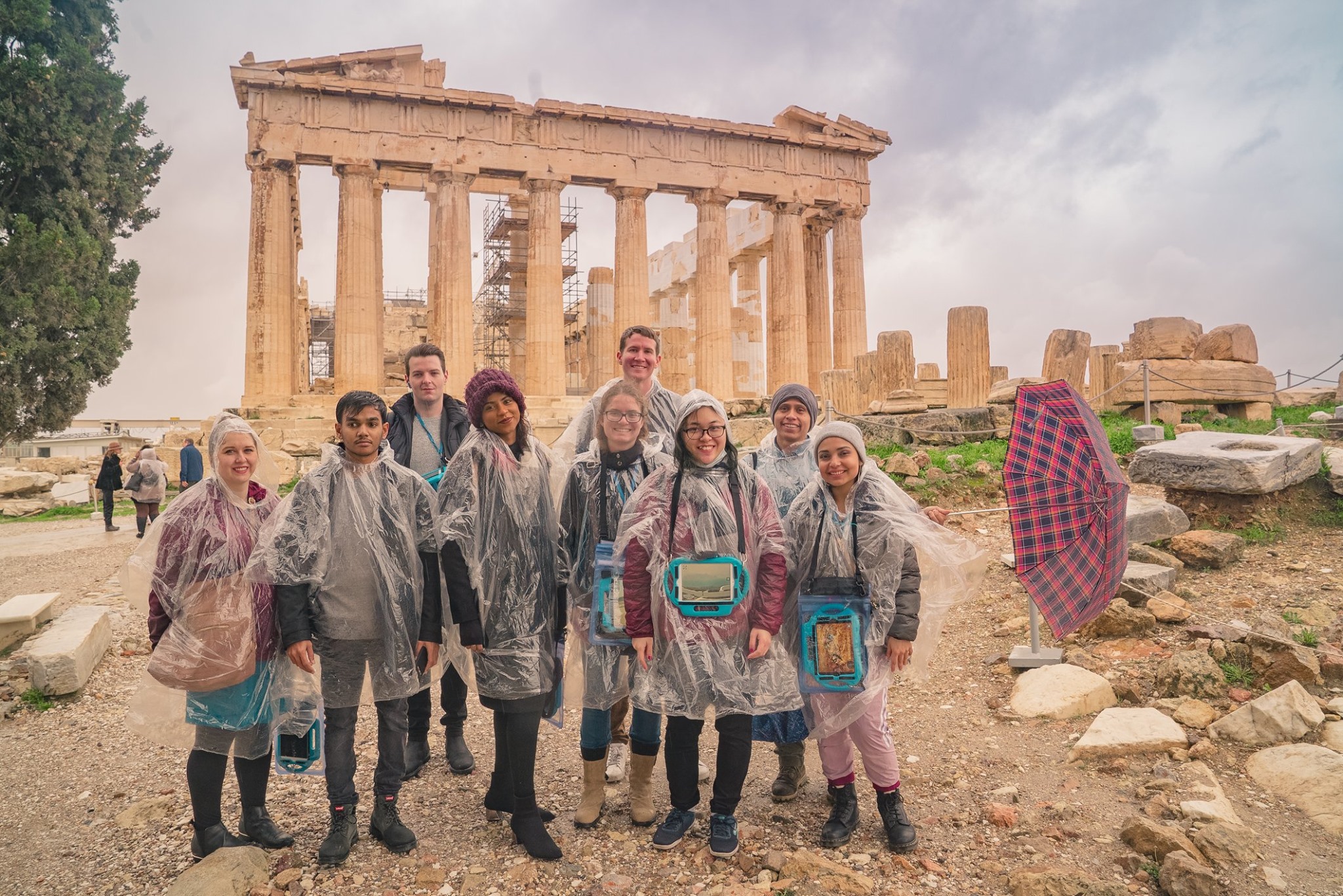 My alarm clock woke me up at three in the morning. After an intense semester, I didn’t mind that I had only gotten a few hours of sleep. I had been waiting for this Greece trip for over a month now. I needed this well-deserved break. As my fellow travel buddies and I were on the plane, I genuinely could not fall asleep out of pure excitement (and probably the fact that there were not one but two crying babies in a four-hour flight).  The second we got off the plane, we were all greeted by a blue sky and a bright sun. After living in London’s weather for a while now, it’s the little things that matter. As soon as we arrived at our hostel in the centre of Athens, we took off for a tour of the city.

It was interesting to learn that the Greeks are quite fond of graffiti. Graffiti filled the streets of Athens. As we made our way to a high spot in the city to get a breath-taking view of the city, we came across many souvenir shops. I think we are all aware of how mythology, beauty, and sexuality are deeply ingrained and often associated with Greek culture. However, it caught us all a bit off-guard to see penis-shaped bottle openers along with playing cards and calendars depicting sexual positions. It is not the usual souvenir you take to your friends back home but hey, you do you. Anyway, we finally made it to the place we were looking for. The long walk was definitely worth the wait. See for yourself: 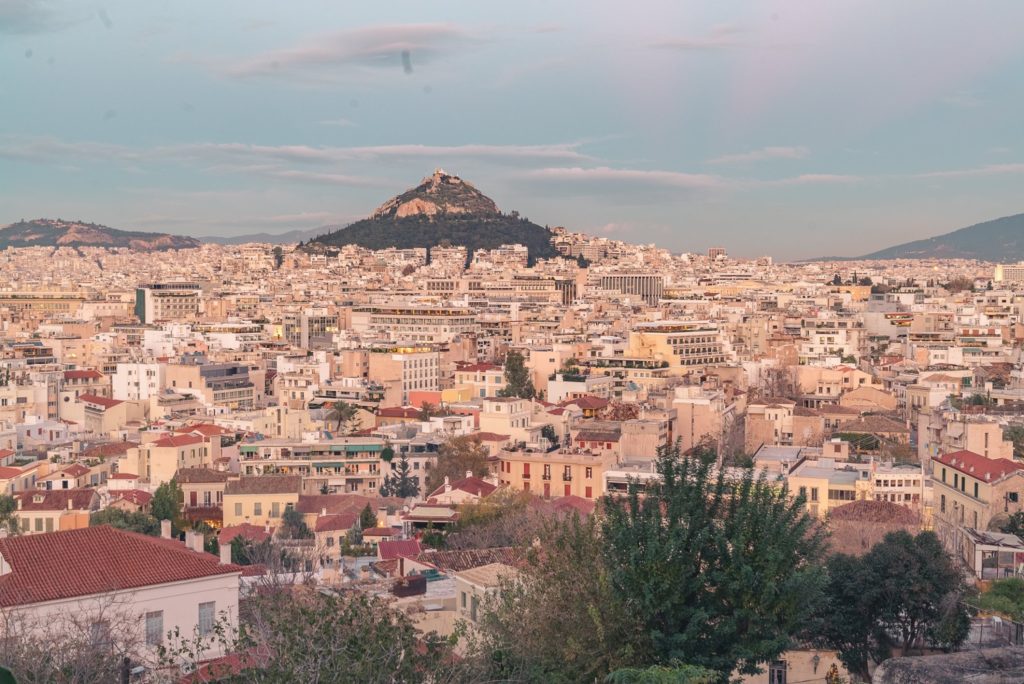 The next day we went to see the Acropolis. The Greek gods were not very happy that day because the rain was pouring over us throughout our whole visit. However, we were unstoppable (and had already paid for the tour so we might as well get our money’s worth). Although I struggled to take pictures while holding my umbrella, I was fascinated by what was left of the iconic buildings I had only read about in books. I cannot describe the beauty of the acropolis or how honoured I felt to be in a place with such a rich background and history. I’ll let the pictures speak for themselves: 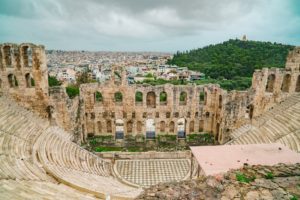 Afterwards, a professional chef taught us how to cook Greek cuisine, including Keftedakia (fried meatballs), Melitzanosalata (smoky eggplant dip), and Tiropitakiatrigona (cheese pie triangles). The cooking lesson was so enlightening. Every time the chef told us common kitchen mistakes, I realized why I will never be at Gordon Ramsay’s level. While we waited for the food to finish cooking, I tried traditional Greek coffee. One of our tour guides told me how it was common for grandmothers to read the coffee of others to predict their future. Of course, I could not leave Greece without having him read MY coffee. It was fun and very accurate (no, it wasn’t). A few minutes later, we sat at the table ready to devour what we had cooked. The food turned out amazing and we all had such a joyous time together. 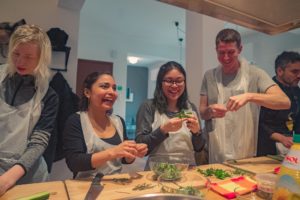 On our last day in Athens, we attended a Greek folk dancing lesson. Let me tell you, I had never danced anything like this before. It was incredibly fun and challenging at the same time. Our instructor had us introduce ourselves and state our nationalities. After saying that I was from Latin America, he used me as his partner every chance he had. He probably heard that Shakira’s hips don’t lie and assumed that mine didn’t as well. I had no idea what I was doing, but I was doing it. In our final dance, I guess he took the chance (since I am quite petite) to lift me up over his shoulders and spun me around for what felt like a minute. I was quite dizzy, to say the least. After saying our goodbyes, we left to go to the airport. 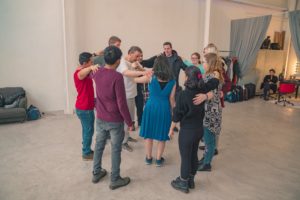 I enjoyed Athens so much, and I definitely plan to go back soon! I’m so happy I got to do the trip.

This article was first published here.