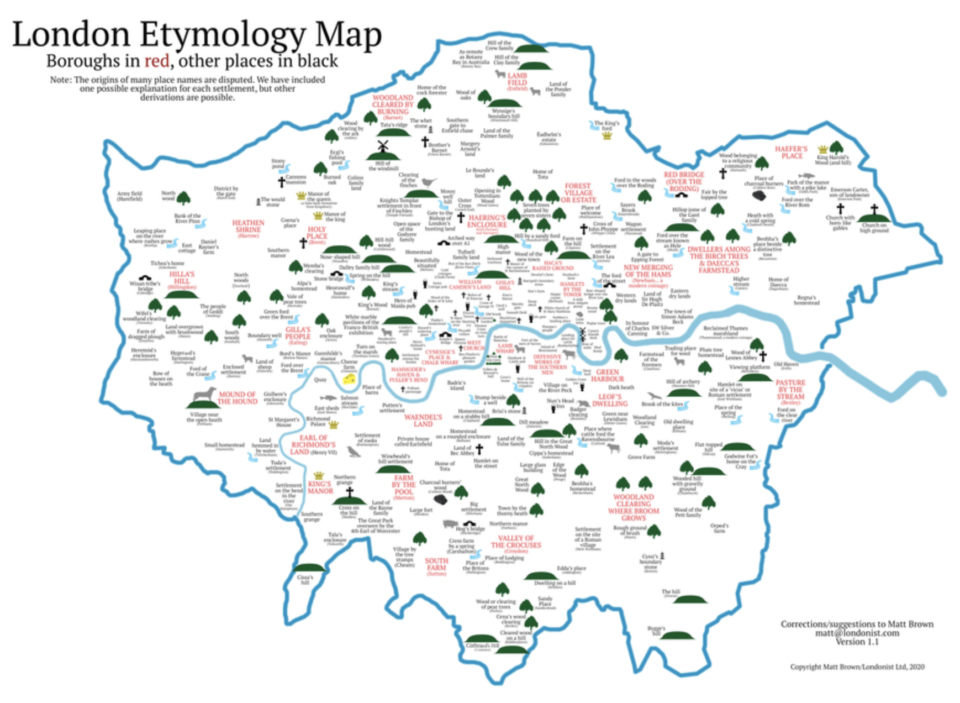 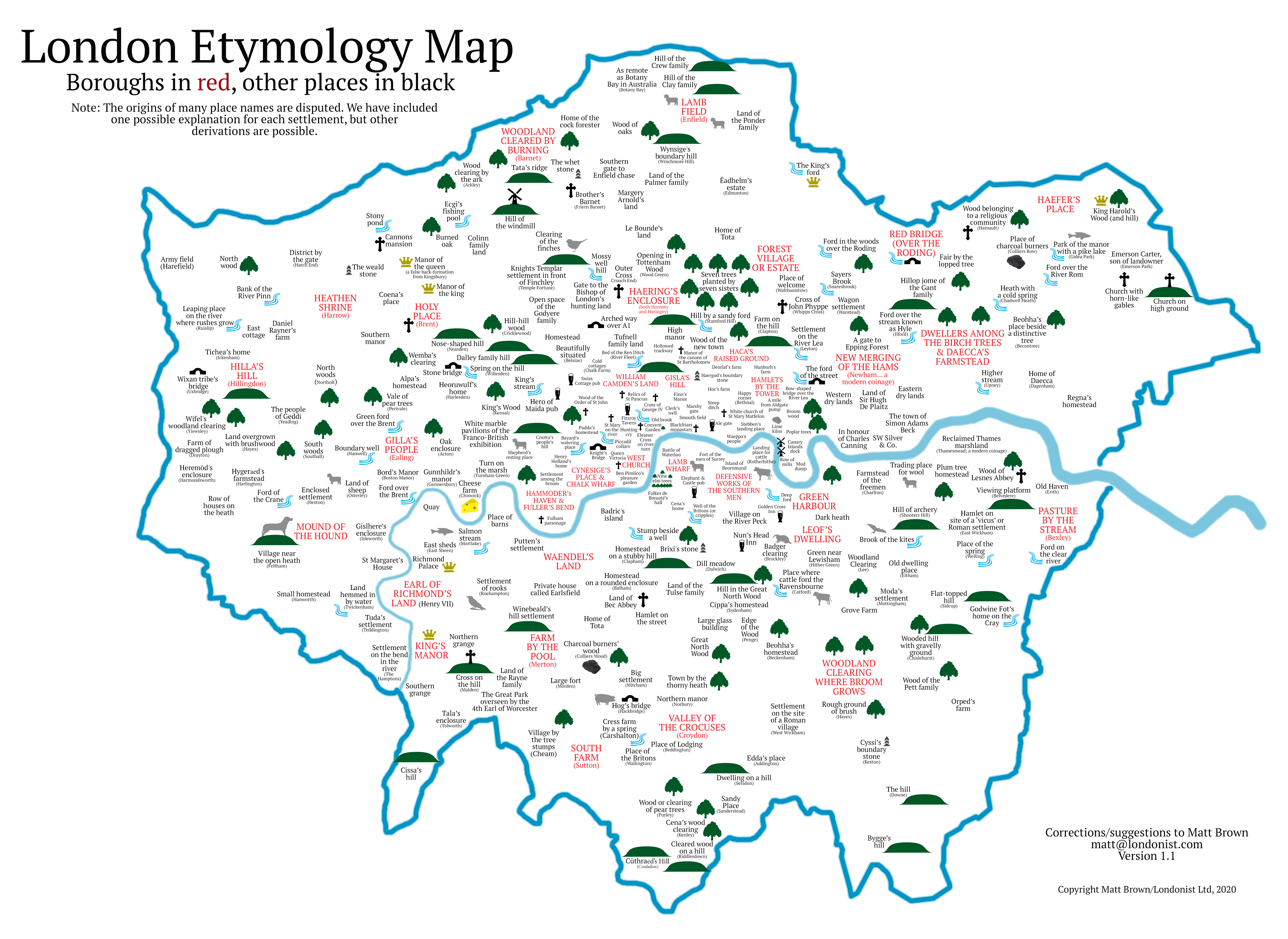 Original Article on The Londonist

How did your bit of London get its name? We’ve made a map.

The Londonist have published a fair few pieces on London etymology over the years, from the map of Anglo-Saxon London, to the medieval tube map, through to detailed pieces on every tube station name.

A note on inclusions

Londonist tried to include every major settlement in Greater London, though inevitably will have missed a few. It’s intended that the map will evolve and improve, based on reader feedback (see below).

Etymology can be a game of probabilities. Many place names were shaped so long ago that nobody can be certain if any one explanation is correct. Croydon, for example, is usually said to get its name from ‘valley of crocuses’, but other suggested derivations include ‘settlement near fresh water’, ‘crooked valley’ or ‘chalk hill’.  For that reason, the labels we’ve put on the map are not universally accepted, and are open to debate.

If you’d like to make a suggestion regarding the map, be it a new addition or an alteration to an existing location, please contact Matt Brown on matt@londonist.com.