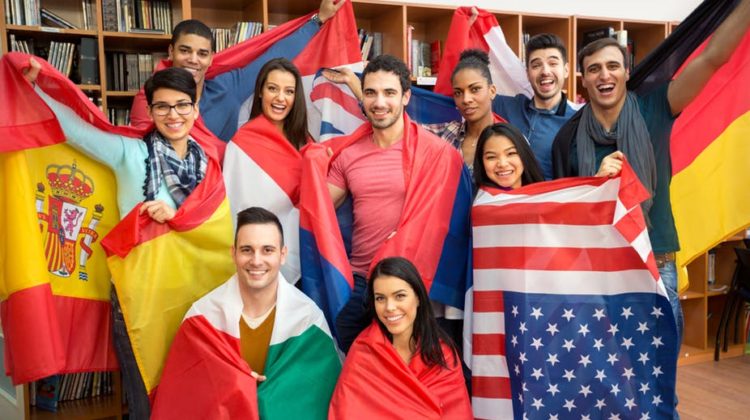 Most international graduates from UK universities believe their degree deserved their monetary investment, crediting their post-graduation success to British higher education, a new report has discovered.
Over 90 per cent of UK international alumni surveyed reported “being satisfied or very pleased” with all aspects of their lives, according to the survey by Universities UK International (UUK International). More than 4 in 5 (83 per cent) are pleased with their professions so far.
The survey suggests that international graduates from UK universities go on to successful and rewarding careers, and that the majority of them acknowledge that their UK degree is a vehicle for their success. The outcomes also reveal just how valuable our worldwide graduates are as ambassadors for the UK,” stated the report.
Chris Skidmore, the UK’s Minister of State for Universities, Science, Research and Development, said: “The outcomes are extremely encouraging, showing that a majority of international students enjoy their time in the UK and credit a UK degree with assisting them to get to where they are today.”
An overall of 16,199 graduates who had finished their studies in between January 2011 and July 2016 at 58 UK universities participated in the International Graduate Outcomes 2019 (i-GO), carried out by iGraduate. The majority (64 per cent) had finished two to five years prior, while the rest had finished their research five to seven years back.
The majority of respondents came from both non-EU and EU graduates who had studied at postgraduate level. The US is the most significant non-EU citizenship represented, followed by China, India, Nigeria and Malaysia.
Here are some noteworthy findings from the study:
83 percent stated their certification helped them get their job.
53 percent working in their home nations believe they make above average or well above average compared to peers who studied in their home country.
69 per cent of respondents feel having a UK degree indicated they might progress faster in their selected career.
The wage premium associated with a UK qualification was 202 per cent for Chinese graduates, 129 per cent for Malaysian graduates, 83 per cent for Indian graduates, and 50 per cent for US graduates (according to local graduate income data sources).
The findings fill the space in what we know about the career and other outcomes of global graduates, especially those who work outside the UK after they graduate.
It’s the “final piece of evidence” required to encourage the government to revive post-study work visas, for which the abolition in 2012 is blamed for the country’s stagnation international enrolments. Vivienne Stern, Director of UUK International, told Times Higher Education she would “eat her hat” if the modification to the immigration bill isn’t accepted when it goes back to Parliament.
“I think this report is the final piece of evidence just to show…why are we holding ourselves back when everybody benefits from international students choosing the UK?”
A report by London Economics for the College Policy Institute (HEPI) published earlier this year discovered comparable significant contributions to the UK economy. International students who stay on to work in the UK post-graduation might have contributed ₤3.173 billion to the Exchequer in tax and national insurance contributions over ten years, found the report.

Winter essentials for every student