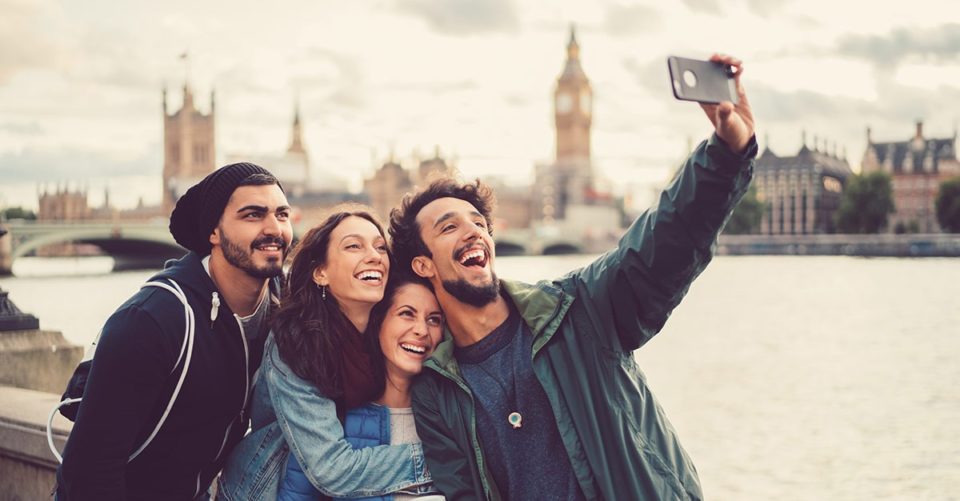 London now has a population of 8 million people – but what can it offer students? The ISH guide to the capital has everything you need to know!

Are you starting university in London? Already here? Either way, great choice!

London is a melting pot of people from every imaginable background, and you’re bound to find the people and places that’ll help you make it your new home. ISH is dedicated to making you feel welcome in your new home and we have lots of events and groups for you to get involved with.

The cost of living in London

We won’t lie, it’s not cheap to live in London it has the highest cost of living of any city in the UK.

In 2019, the average monthly expenditure of students at London universities was £900 – £93 above the national average.

Pretty much every type of expenditure is higher in London compared to the rest of the country. As well as affordable rents, cheap eats, and a student-friendly bar, ISH offers a hardship fund if you get stuck and regularly have part-time jobs on offer.

London’s public transport network is arguably the best in the UK (and indeed the biggest).

As well as the world-famous London Underground network (the Tube), there’s the DLR (an automated light railway), trams, the London Overground, buses, boats, countless National Rail services and even a cable car!

There’s a couple of main things you’ll need to be aware of when travelling around London on public transport. One is that ticket prices often vary based on whether or not you’re travelling in peak hours.

Peak fares apply Monday to Friday (excluding bank holidays) between 6.30am and 9.30am, and between 4pm and 7pm. Off-peak fares apply at all other times, as well as if you’re travelling from a station outside Zone 1 to one within Zone 1 during the afternoon peak period.

The peak/off-peak system applies to the Tube, DLR, London Overground, TfL Rail and National Rail services in London, but not on other forms of public transport (including buses).

Oh, and if you’re wondering what Zone 1 means – the London transport map is split into zones, as shown in this map of every station in the network (excluding buses). Travelling between zones and into the centre of London (lower-numbered zones) costs more than a journey within a single zone or between high-numbered zones (away from the centre).

Don’t worry if it all seems a bit much to take in – most non-native Londoners say that, on the whole, the London transport system is straightforward to pick up!

The Tube will usually be the quickest, cheapest, and most convenient option in terms of getting around day-to-day.

As you move towards the centre of London, pretty much everywhere is within walking distance of at least one Tube station, if not more.

There are 11 Tube lines in total, and at some point or another, they all overlap with at least one other line. This makes it super easy to switch trains and navigate London in every possible direction and avoid (to an extent) the issue you have in many other cities where you have to travel into the centre just to get anywhere else.

The DLR (Docklands Light Railway) and London Overground also feature on the Tube map. The DLR is localised to the Docklands area of East London (and slightly beyond), while the London Overground serves almost all corners of London (excluding the centre).

However, despite the differences between the DLR, London Overground and Tube (mostly just that they look different!), a journey on each of them is priced in exactly the same way – hence, we’ve grouped them together.

How much does a journey on the Tube, DLR or London Overground cost?

It’s hard to say just how much a journey on the Tube, DLR or London Overground costs. Why? We’d recommend using Transport for London’s (TfL) single fare finder, which will tell you how much a specific journey costs.

Oyster and contactless cards offer the cheapest rates for Tube journeys, and even if you’re travelling multiple times in one day, the daily fare cap ensures you’ll never pay more than you would have with other payment methods.

Buses are often a much slower way of getting around London (especially for longer distances), but they’re perfect for short journeys (like coming back from the supermarket with lots of bags) and accessing parts of the city that aren’t as well-served by the Tube or train.

For newbies to London, remember to always get on at the front of the bus and get off in the middle (unless it’s one of the new buses with three doors, in which case you can get on and off using any of them).

To use the buses and trams in London you need either a Travelcard, Oyster card, contactless card or One Day Bus & Tram Pass. You just need to tap it on the reader when you get on (or show it to the driver if it’s a paper ticket) – but you don’t need to tap out when getting off.

While you do need to tap out when you’ve finished a journey on any other form of transport in London, you don’t on buses and trams.

How much does a London bus or tram journey cost?

No matter how far you’re travelling or what time of day it is, you pay a flat fee of £1.50 on buses and trams in London.

Officially called Santander Cycles, these rental bicycles are dotted across Central London (and some of its surroundings – see this map) are 750 docking stations that hold over 11,500 Bikes. These bikes can be rented by members of the public, and all you have to do is pay up and return it to another docking station when you’re done.

The bikes aren’t the most comfortable things in the world – they’ve got one gear, no suspension and weigh a ton – but they’re dirt cheap and offer an eco-friendly way to get around and see the city.

How much does bike hire cost?

Renting a Bike costs £2 for 24 hours, in which time you can make as many journeys as you like at no extra cost – as long as they’re under 30 minutes. Any journeys over 30 minutes will cost an extra £2 for each extra half an hour or less.

Get an Oyster card

Link your railcard to your Oyster

Employment opportunities for students in London

While the cost of living in London is significantly higher than most of the rest of the UK, the blow is softened somewhat by the fact that the city is home to more jobs – and more high-paying jobs – than elsewhere too.

67% of students use part-time jobs as a source of money. Fortunately for students in London, the city is an absolute hotbed of the industries that students work in. Hospitality and retail are the two biggies for students. With its booming tourism industry and countless high streets, London has thousands of jobs in these industries perfect for students.

ISH often has part-time positions going so be sure to check out vacancies from time to time.

It’s not much of an exaggeration to say that when it comes to lifestyle and culture, London pretty much has it all – and what it doesn’t have can be easily accessed by the train lines that reach every corner of the UK.

Whatever your interests, London has it.

Without a shadow of a doubt, Borough Market is the most well-known food market in the city. It’s open seven days a week, but for the whole experience, you’ll want to go when the main market is open between Thursday and Saturday.

If you’d rather go somewhere with a more traditional ‘sit down and order your food’ kinda vibe, plenty of places offer that too. The Breakfast Club has a few branches dotted across London, offering not only great breakfasts and brunches but great comfort food for any time of the day.

Fans of curry should look no further than Brick Lane, which has over 20 curry houses to choose from. And sticking with Asian food, China Town has more than its fair share of restaurants.

North London has a big Turkish population, and as such it’s got some of the best Turkish restaurants.

For the meat-free among you, new vegan restaurants are popping up in London all the time. Mildred’s has been around for years and now has restaurants in Camden, Dalston, King’s Cross and Soho. In terms of vegan value, it’s hard to look past 222 (West Kensington), which offers an all-you-can-eat lunchtime buffet for just £10.

But again, it’s worth stressing that London is massive, and sometimes the best way to discover places to eat is to find them for yourself!

London’s not a tourist hotspot for nothing. There’s no shortage of things to do in the city, no matter what your taste – and there’s plenty of cheap activities too.

If you fancy a spot of edutainment, South Kensington is the place to go. This corner of West London houses three museums within a stone’s throw of one another: the Science Museum, Natural History Museum and Victoria and Albert Museum. And best of all, they’re all free to enter!

Other popular museums in London worth visiting (again, all free) include the British Museum, Tate Modern, Imperial War Museum and the Wellcome Collection.

In amongst the concrete jungle, London also has its fair share of parks. In the centre, you’ve got the likes of Hyde Park and Regent’s Park (home of ISH), while a little further out you’ve got Greenwich Park, Hampstead Heath, Brockwell Park and Battersea Park.

If you’re prepared to travel further still, Bushy Park and Richmond Park offer a taste of the countryside (and a lot of deer) in South West London. And while you’re in Bushy Park, why not cross the road and visit Henry VIII’s very own Hampton Court Palace?

Fans of the performing arts have no excuse to get bored in London. Aside from the West End and all of the world-class theatres and productions within it, London is littered with entertainment venues.

The O2 Arena and Wembley Arena are by far the biggest venues in the city and regularly hosts concerts, comedy and even sports. London also has a number of slightly smaller (but still pretty big) venues, including the Hammersmith Apollo, Royal Albert Hall, Roundhouse and best of all 229 which is in ISH’s basement level and hosts a huge variety of nights.

Finally, it’s worth remembering that thanks to London’s excellent transport links, even places on the fringes of the city (and beyond) are ripe for a day trip, and ISH has its own Travel Club so you can travel further for less and make friends in the process win-win!!

Thorpe Park, Bath and Stonehenge, Legoland Windsor and Warner Bros Studio Tour – The Making of Harry Potter are just a handful of the days out we offer away from the centre of London – keep an eye on the website and socials for updates.

Volunteer Opportunities In London This Christmas