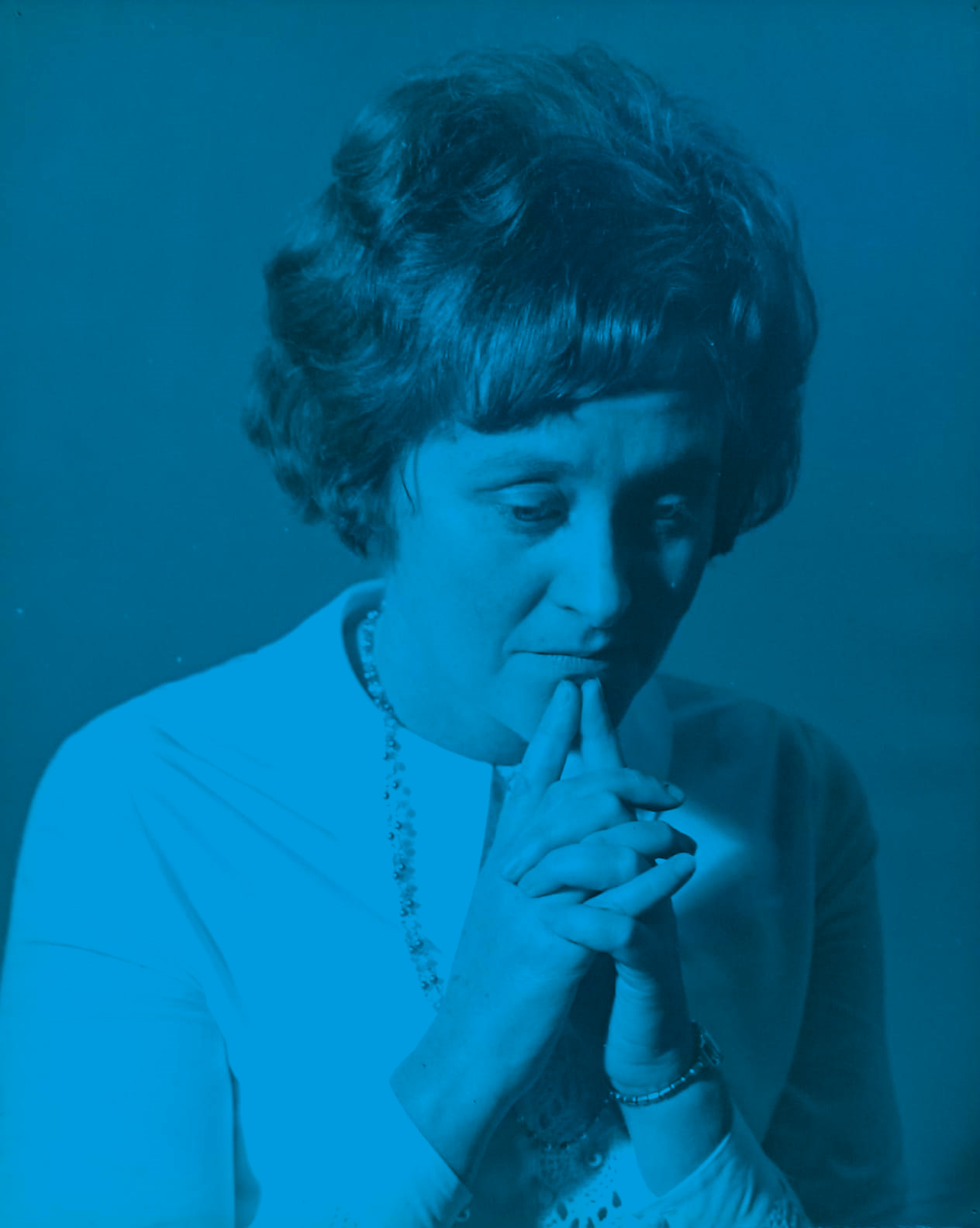 ‘Suddenly in October 1948, I received a telephone call from the university, from someone called Mary Trevelyan.  She had been appointed by the university to build, or to plan, an international hall for students.  She needed a part-time secretary immediately.

The call was at 10 am. I went for an interview at 11 am and started the part-time job by lunchtime.

It was a lifetime job … even today they ring up.  They were so lonely, and so desperate the ones we met, and some of the stories…  I remember an Ethiopian, or a Sudanese, said, ‘every day was like a year’, on weekends he had to sit in his room as there was nowhere to go.  University Unions closed, everything closed.  They didn’t get anybody to talk to, and they used to come in and complain to Mary and I about their loneliness.  Mary saw that this was harming international relations – if we don’t care for these future leaders we’re going to have troubles.’

Elizabeth Alice Ware (Liz or Lizzie to most), began working for Mary Trevelyan, CBE, in 1948. This was the beginning of a long and very successful career. In 1965 International Students House opened at 229 Great Portland Street where Mary became the Director and Liz worked as her personal assistant from 1965 to 1986.  When Mary retired, Liz became the Students Adviser and then in semi-retirement, worked for the alumni association of ISH. What was extra special about Liz was her dry humour, common-sense advice and practical help. Liz touched the heart of so many. She welcomed and helped young students from many countries, the UK included, when they arrived rather lost in London. Liz ‘retired’ officially in 1994 but kept in touch with ISH and its alumni community until her passing in January 2018.

Here are the words penned by people from around the world whose gratitude and fondness for Liz crossed the years:

I am fortunate enough to have known Lizzie for over fifty years; first as a resident of ISH at the outset; a marvellous time – Mary T, Lizzie – from the start we were great friends and much of my life was shaped by their generous spirit and humor and sage advice to a young man from South Africa. I’ve kept in touch with Lizzie always – phoning and savouring a good chat and reminiscence – those start up years were filled with all manner of events and dramas.  I spoke last to her a few months ago – a lengthy talk; and I marvelled at her clear voice and delicious chuckle. Truly a woman never to be forgotten.

Liz was a warm-hearted and open-minded person, a really good friend to us, the Goat family.  Liz was very religious.  God gave her a long and hopefully happy life.

May God raise all present and former residents of ISH as great philanthropists like Liz. – Elijah O Ojedokun, Nigeria

….. And I remember Liz as the ever-present eyes, ears, hands and sometimes feet of the enterprise to which we all belonged.  Countless hours in herding us about so we could be ‘ready’ for Miss T when she appeared; always the glue, always the energy, always the intermediary, explainer-in-chief, manager of the unmanageable.  She would always sparkle no matter the frenzy going on around her or the complexity of the task assigned or voluntarily undertaken because she ‘thought around corners’ and could anticipate what the rest of us could only wonder about.  I recall Liz well, and I guess she was the last of the ‘gang’ that drove the Goats to be the most sought after membership organization of any of the colleges; membership was the sole prerogative of Miss T and no one ever knew what the qualifications were but Liz made it all work.  I will miss Liz and treasure her memory for what she meant to this ‘little lost Goat’. – Ambassador John Bohn, San Francisco, USA