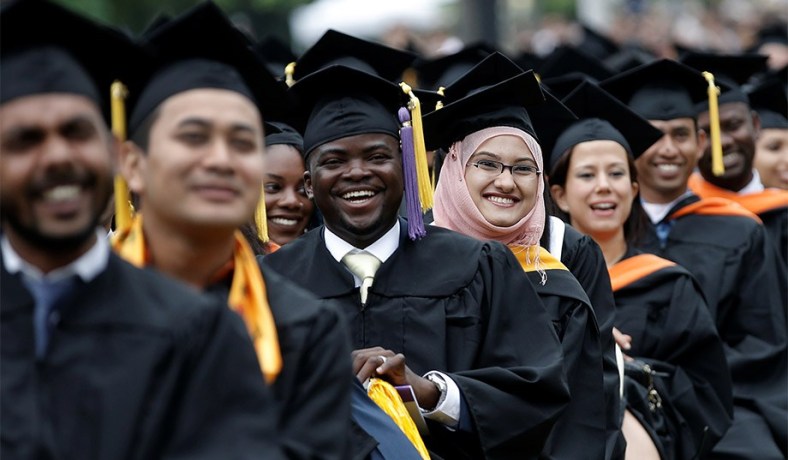 International students will be able to stay and work in the UK for two years after graduating– a substantial climbdown by the Government which had previously limited the duration to 4 months. The rule change ends one of Theresa May’s most questionable immigration policies which critics argued would hinder international students from applying to British institutions and would lead to the loss of bright students who could contribute to the UK after being educated here.
Prime Minister Boris Johnson said the new migration route for international students is part of making Britain “open to the brightest and best from across the globe”. It will likewise be viewed as a move to show that Britain is still an outward-facing nation as the government presses ahead with its Brexit plans.
Currently, international students can remain and try to find work for four months after finishing university. In March, the government stated it planned to extend this to six months. However, under the new plans graduates will be able to remain and work– or look for work– for two years after completing their studies.
The new post-study work visa will come into effect for students starting courses at undergraduate level or above in 2020, and is open to graduates in any subject and for jobs in any sector. The government said students will need to have successfully finished a degree from a trusted UK university or higher education provider with a track record of supporting immigration checks.
There will be no cap on the numbers who can apply, and those with the visa will be able to apply to change to a skilled worker visa if they find a role which meets the appropriate criteria.
In a joint statement, the Education Secretary Gavin Williamson and the Home Secretary Priti Patel stated the government plans to increase the number of international students coming to the UK by 30 per cent by 2030.
“International students are vital for our country and provide some of the most crucial skills we need across our workforce,” they said. “They boost our economy and are a testament to our openness to talent.”
The statement was welcomed by the higher education sector. Alistair Jarvis, the chief executive of Universities UK, said: “Evidence shows that international students bring significant positive social outcomes to the UK as well as £26 billion in economic contributions, but for too long the lack of post-study work opportunities in the UK has put us at a competitive disadvantage in attracting those students.”
He added: “Not only will a wide range of employers now benefit from access to talented graduates from around the world, these students hold lifelong links with the UK with a recent study showing 77 per cent of graduates want to retain business links with us and 88 per cent would return for tourism.”
The UK is presently second only to the US as a destination for international students, with nearly 460,000 students coming to study at British universities each year.
The new international student visa follows a statement by Boris Johnson last month that “elite” researchers and scientists will be able to benefit from a fast-track and uncapped visa route. Sadly this overdue proposal doesn’t extend to recent graduates or those who are currently studying.
Stay tuned for updates.