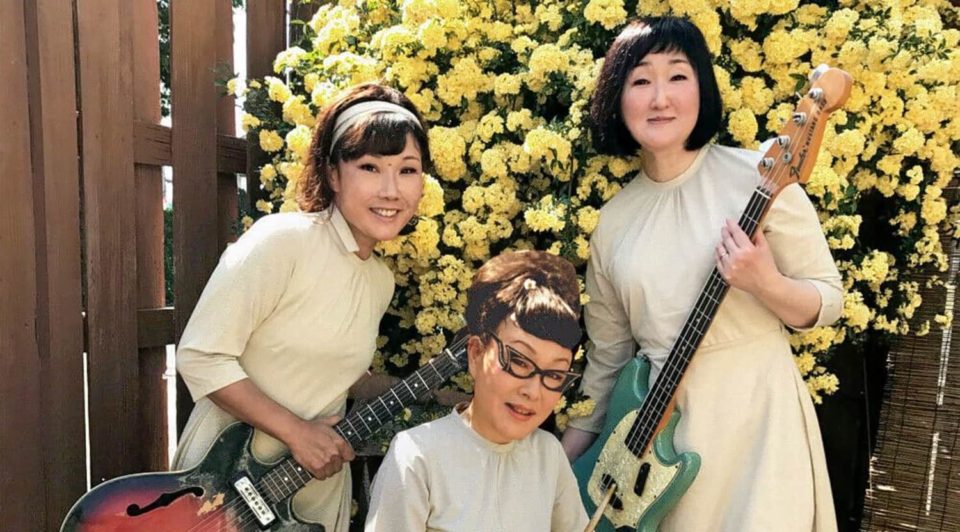 We first saw them strutting their stuff on a nightclub stage in Kill Bill Vol 1, moments before Uma Thurman unleashed her slice-and-dice destruction the Crazy 88 Fighters. Barefoot and beehived, shuffling in Fifties sheath dresses, like The Ronettes channelling the Cramps, they had a distorted retro-chic style and gonzo-garage sound that left a lasting impression. That, and the fact that one of the songs, whooped out by the drummer over a primitive rockabilly rhythm, had a lyric that went (in its entirety): “Woo hoo, woo-hoo-hoo.” It was a song that was would instantly stick in your head and then drive you mad when you couldn’t get it out again
While the movie granted the girl group a cult-like status in the West, they’ve been making music since the late ’80s.
Formally founded in 1986 by sisters Sachiko and Yoshiko Fujiyama, the 5.6.7.8’s have evolved into a revolving cast of musicians without straying from the band’s heavy influence of retro garage rock. On Friday 5 June, the group returns to London playing the main stage at International Students House’s live music venue, 229.