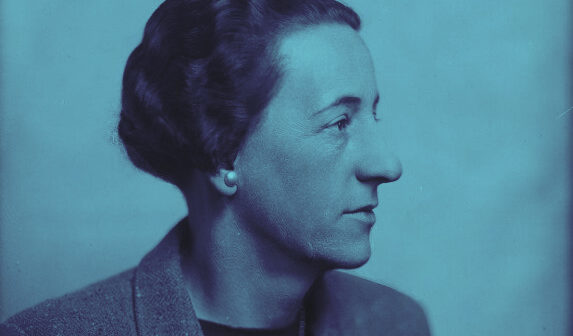 Today marks the anniversary of Mary Trevelyan’s birth, the woman whose achievements are enshrined in the legacy and existence of International Students House.

Born on 22nd January 1897 to the Reverend George Philip Trevelyan and his wife, Monica Phillips, Mary was raised in a family committed to public service as both Mary’s grandfathers were vicars. Mary had a privileged childhood in a well-connected, upper-middle-class family and was the eldest of six children. As well as being the great-great-granddaughter of a baronet, she was the second cousin to the historian, G.M. Trevelyan. Mary grew into a determined, idealistic and energetic adult. Her friend, the poet T. S. Eliot, described her as ‘industrious, honest, and moderately temperate’ [1]. 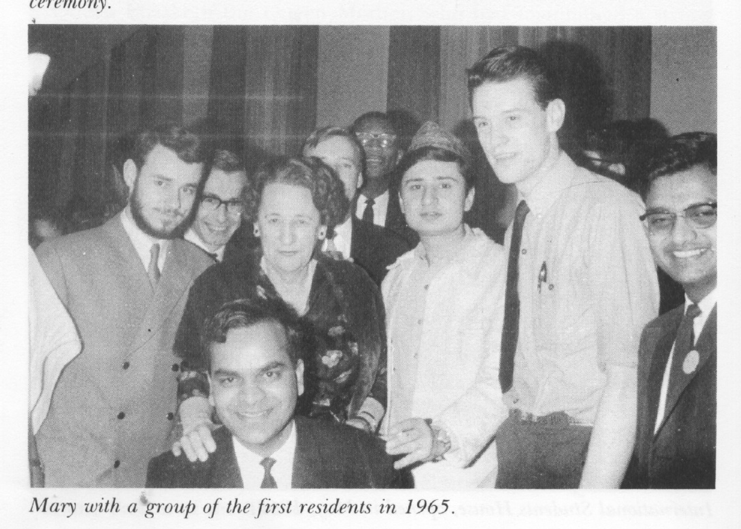 After beginning her career as a music teacher, Mary Trevelyan took up the post of Warden of the Student Christian Movement’s Student Movement House (SMH) in 1932. Situated at 32 Russell Square in London’s Bloomsbury, SMH was a non-residential club for overseas students. Among its members in the 1930s was Jomo (Johnstone) Kenyatta, later the first President of Kenya. Some members were Britons from overseas, such as those of missionary families. In 1937, Trevelyan took a sabbatical to travel to Ceylon, India, Burma, Singapore, Penang, China, Japan, America and Canada. She wanted to learn about the worlds into which the international students were returning [2]. Mary was particularly inspired by her visit to the residential International House of New York in the USA, and she returned to London fully committed to promoting internationalism and peaceful co-operation among young people.

From 1938, as SMH Warden, Mary led a fundraising campaign to pay for a new building for the club. SMH’s Russell Square premises was set to be destroyed in plans for the London University extension of 1939. In April of that year, SMH moved into new premises at 103 Gower Street.[3] During the Second World War, Trevelyan remained in post until September 1944, when she was granted a leave of absence by SCM to go to Brussels to run a YMCA leave hostel for allied soldiers. After returning in May 1945, tensions developed between Trevelyan and her SCM employers. In 1946, after beginning an appeal for another new building Trevelyan resigned from her post and left SMH. She went on to serve as the Head of the Field Survey Bureau in the UNESCO Department of Reconstruction in Paris. During this time, she made trips to Burma (now Mynamar), Malaya (now Malaysia), Hong Kong, Singapore, North Borneo (now part of Malaysia) and the Philippines. In 1948 she became the first Adviser to Overseas Students at the University of London. It was in this capacity that Mary started an intercollegiate club that brought together international students to discuss topical issues in a safe space.

‘The influence she had on the foreign-student scene in London, must by all accounts, remain invaluable. Almost singlehandedly she changed the way in which University of London treated its myriad foreign students; she gave them status, visibility, voice- she gave them personhood in a system that was all too ready to ignore them, pretend they do not exist.’ – Johanna H Stuckey, a University Professor Emerita at York University in Toronto in Canada

But she continued to dream ‘of the great International House which we would set up in London’ in the model of the International Houses of the United States.[4] This residential House would offer a more significant opportunity for students of different backgrounds to ‘get to know each other better’[5]. Trevelyan’s dream became a reality in May 1965 when International Students House was opened in Park Crescent.

Today, International Students House stands as her legacy and we continue to promote her ethos of internationalism and global  understanding among young people.

[2]Mary Trevelyan, From The Ends of the Earth: An account of the author’s experiences as Warden of the Student Movement House (London: Faber & Faber, 1942), p. 70.